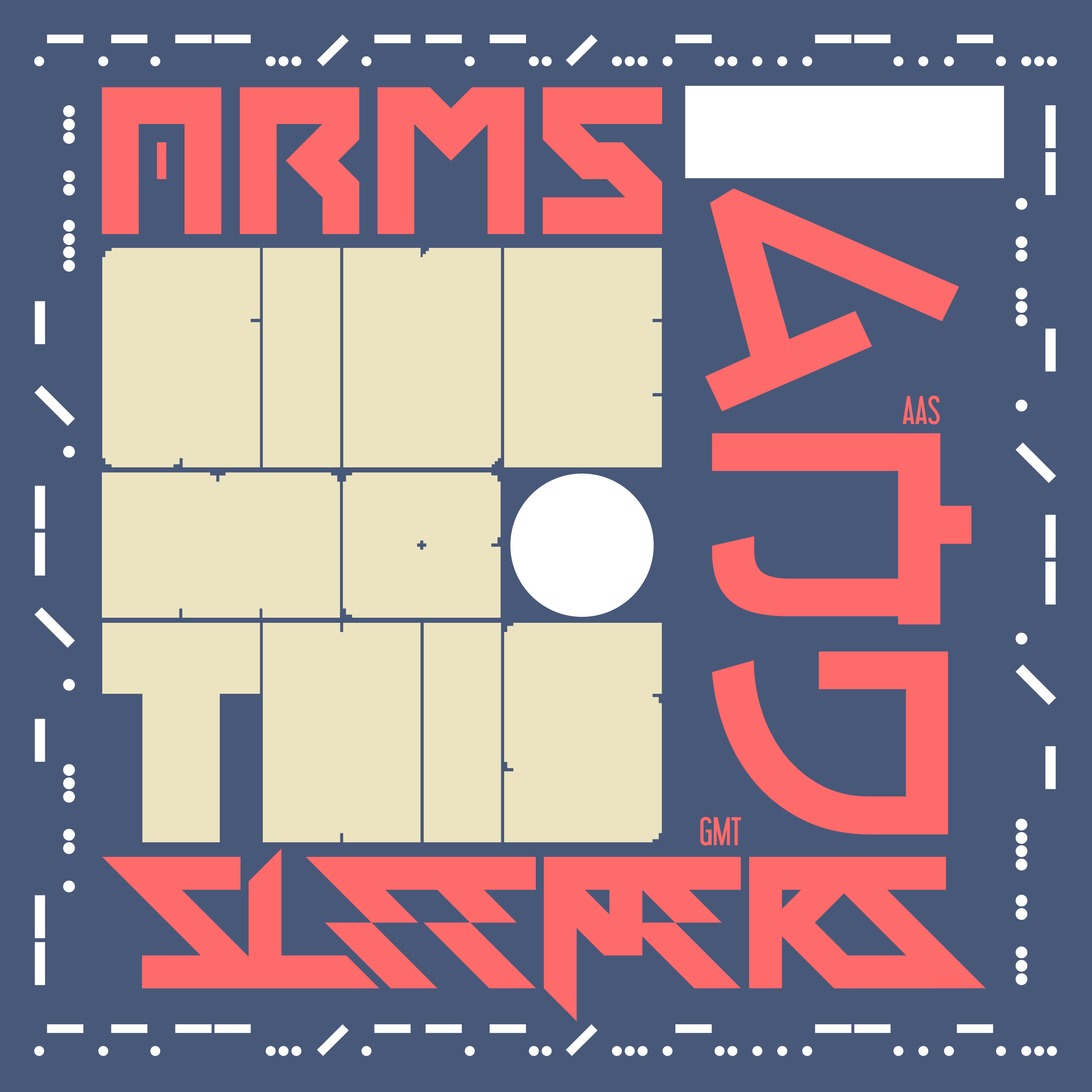 ‘Give Me This’ is the new single from the electronic music duo Max Lewis and Mirza Ramic, aka Arms and Sleepers. The duo has been actively releasing music since forming in Boston, Massachusetts back in 2006. Their sound has spanned electronic, trip-hop, ambient, and hip-hop genres, among others. With several dozen releases and extensive worldwide touring under their belt, the duo is now gearing up for what looks to be their most serious musical undertaking yet: a six-part music release to be made available throughout 2020.

‘Give Me This’ is the first taste of what’s to come next year. Taken from the first of six upcoming releases, the single is a confident opening statement that combines elements of the older, more melancholic Arms and Sleepers sound with the heavier electronic music leanings of the last full-length album ‘Find The Right Place’. Writes Ramic, “As with some of my favorite songs that we’ve written over the years, this track came together pretty quickly. I came across this vocal sample while looking through some old files on our music hard drive. It resonated with me immediately, and I decided to stay up all night and make something out of it. The result in the early morning hours was a first draft of ‘Give Me This’, which I then sent over to our pal Sun Glitters to polish.”

The Luxembourg-based music producer Sun Glitters has once again been tasked with mixing and co-producing the new Arms and Sleepers material. He’s been a frequent collaborator since 2016, and the two artists—along with Little People and CNJR—also came together last year to start their own record label Future Archive Recordings. The forthcoming Arms and Sleepers album will be the artist’s first full-length release on the new label.

‘Give Me This’ is a simple yet infectious instrumental track that commands close attention during its three minute running time. Combining synthetic drum sounds with a warm vocal sample and adding heavy bass and synths on top, Arms and Sleepers manages to put together a piece of music that is both energetic and introspective. Ramic explains, “I view this as a more aggressive track for us, and one that gets to the point very quickly. For me, this song is about freely and often irresponsibly satisfying our carnal human desires, especially at a younger age when most of us might feel invincible. But as we get older, things change, our health deteriorates, and second chances are not an option. It’s this sentiment behind a journey from careless youth decision-making to brutal adult realities that I wanted to somehow capture in the song.”

Arms and Sleepers will release their ninth studio album, titled ‘Safe Area Earth’, on January 17, 2020 via Future Archive Recordings. The 1st single ‘Give Me This’ is out on September 13, 2019.

HEAD TO YOUR FAVORITE PLATFORM: