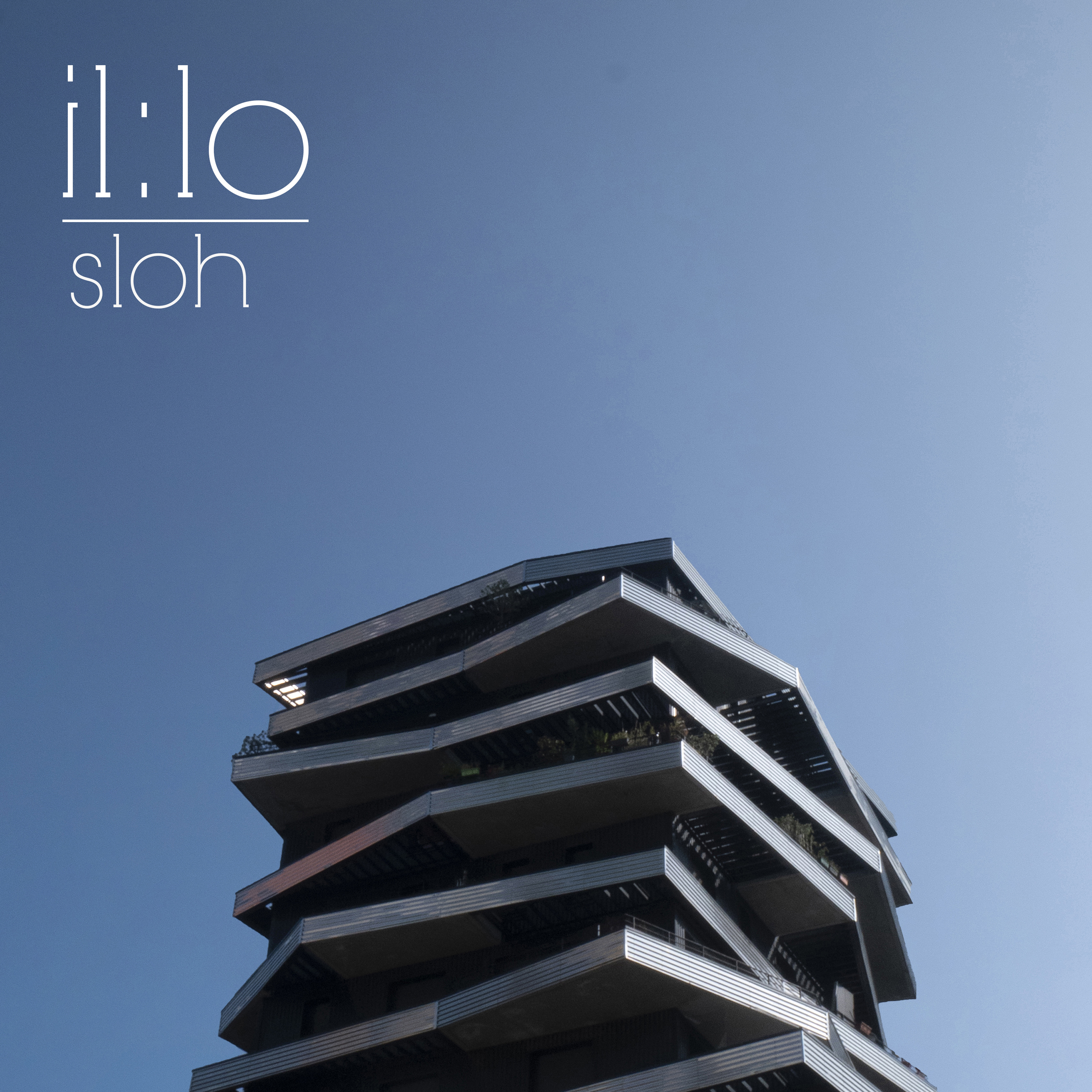 SLOH is il:lo’s fourth EP. Keeping in tune with their previous EP, their sound is a meeting of acoustic and synthetic instruments. Thereby mallets and brass converse with moogs and Junos. In SLOH, the production is designed as more electronic but still organic.

The symbiosis between heavy bass notes and atmospheric pads reminds the listener of one between the body and the soul. The building heading into the sky of the cover illustrates this idea. In songs such as the first single Niyati, the deep bass fixes the feet to the ground while the heady melody arouses the soul.

SLOH is a new musical road where il:lo wants to invite the listener . A journey to feel new emotions. Some parts of this road are peaceful (Alma) while others have to be climbed to reach the top and discover new places (a.me, Sloh) and let go. At the end of the journey the listener is invited to walk alongside the Austrian river of Ybbs, and to conclude the trip with a last (progressive) ascent (Cami).

il:lo was born from the meeting of Dejan Dejado and Andreas Schütz in Prague in 2010. These two producers, aged 30 and 31, shared common interests and they decided to collaborate in 2012. After six months of to-ing and fro-ing between the two musicians, they released their first EP, Distances. Coming together in Paris, they released Jaro in 2014. Both titles fell into the trip hop/world genre.

The French duo takes their inspiration from their travels and takes the names of their tracks from the towns they have visited. il:lo’s sound is a blend of acoustic and synthetic melodies. It could well be perceived as heavy as it is light, with its sombre bass lines as well as floaty brass tones. Usually categorised as downtempo music, it takes place among Bonobo, Tycho or Catching flies’ universe.