Hello again – thank you for continuing to check out new Arms and Sleepers content leading up to the release of the new album Corpus Dei. Last time I shared with you two visualizers for the lead dual single from the upcoming album. The two-track single is called You Wanted To Dream But I Wanted To Kill / Is This Stuff True… 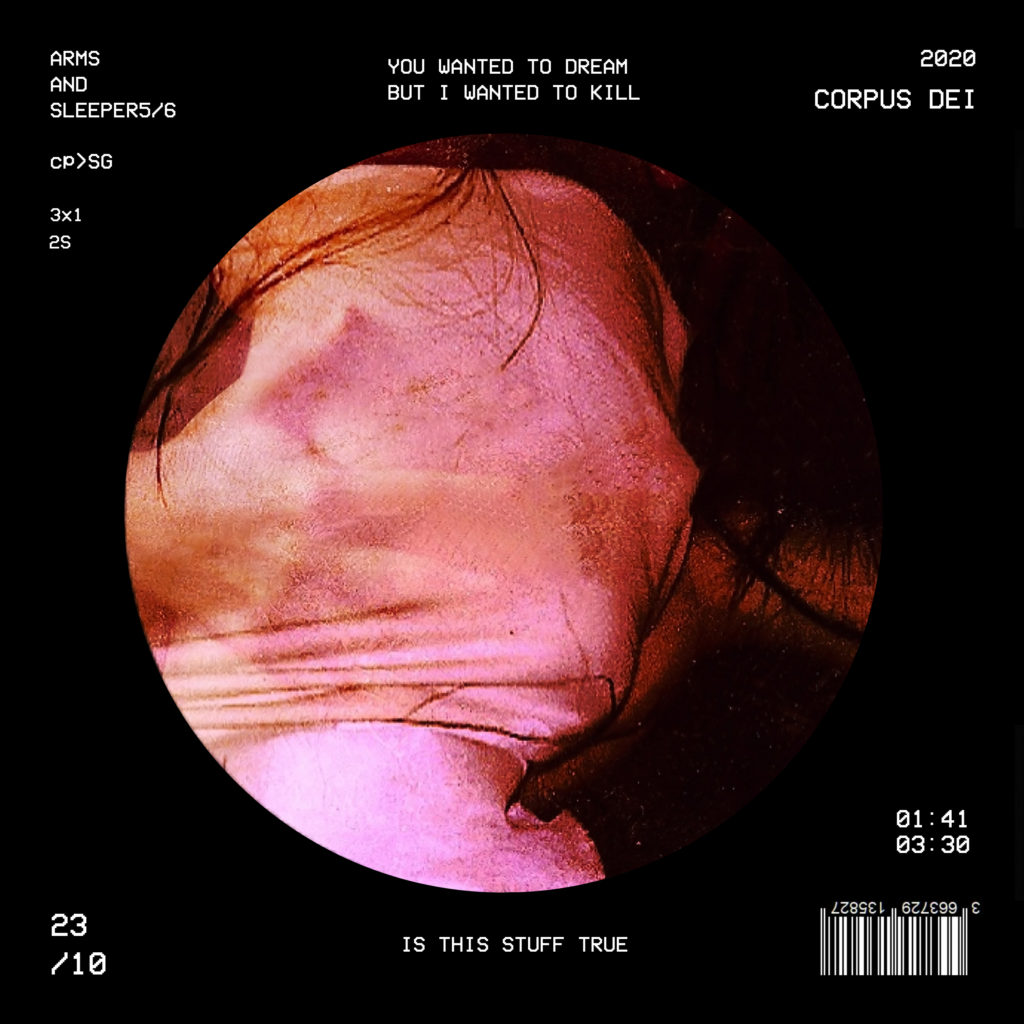 Here are a few words about those two songs…

The initial idea for Is This Stuff True was written while I was in quarantine in Riga, Latvia. I spent four months there unexpectedly as my European tour came to a sudden end. It was strange being alone in isolation and in a foreign country, and the sample of a child asking “is this stuff true” perfectly captured the surreal, uncertain, and fragile moment earlier this year.

On March 1st, I had flown from New York JFK to Istanbul, Turkey and onward to Odessa, Ukraine to start my tour. With two shows remaining in Russia in mid-March, the promoters and I decided to cancel the final concerts and I scrambled to leave the country before borders closed. This is when I ended up in Riga, Latvia. In addition to working on lots of new music, including writing the initial ideas for the upcoming album Corpus Dei, I also recorded a Live From Quarantine 90 minute set. It was strange playing a full live set in an empty room and in front of cameras, but this was/is the new reality. Here’s one song from that recording, called Give Me This.

Thank you for watching, listening, and reading. Stay tuned for more exclusive content about the upcoming new album Corpus Dei. If you haven’t seen the album teaser yet, you can watch it below.