Downtempo electronic duo ERA C has shared the Arms and Sleepers edit of their latest single DELIRIA on the 9th of April via Future Archive Recordings. ERA C is the collaborative project of Mirza Ramic from the well-known Arms and Sleepers duo and Sofia Insua of the established band Easy Easy.

The original single was mixed by Sun Glitters and is the title track of their upcoming debut album which will be released on the 28th of May. Sofia Insua was born in Guatemala and is currently based in Berlin, Germany along with Mirza Ramic, who was born in Bosnia & Herzegovina and lived most of his adult life in Boston, USA before moving to Germany. The duo draw inspiration from the likes of Oneohtrix Point Never, Grouper and Low. The edit of DELIRIA calls to mind the likes of Bjork, Massive Attack and FKA Twigs.

Sinking the original chilled melody of DELIRIA deep into a bed of trip-hop and ethereal wonder, Arms and Sleepers add old school static reverberations to the single and lighten the bass lines, calling to a summer evening in the wild. Sonically echoing the weightless and pillowed thoughts accompanied by a confused mental state, the song is gentle with an emphasis placed on the ethereal vocals.

Speaking of the edit, Max of Arms and Sleepers tells us: “After listening to the original song a few times, I wondered what it would sound like if it were reimagined as a song to listen to while speeding down the Pacific Coast Highway in the early evening in a convertible with the cool ocean wind combing through your hair. So, I took it on that drive and here we are.” 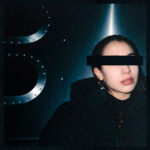