HAELIUM is a French producer whose dreamy electronica is a mix of cinematic textures, ethereal atmospheres and punchy beats. Influenced by the sounds coming out of labels such as Warp, Brainfeeder and Erased Tapes, HAELIUM‘s music is a place where opposites meet, offering a refreshing blend of deep melancholy and childlike optimism.

After releasing several singles and remixes in 2018, his track “Frozen” is part of the label Svnset Waves’ compilation of March 2019. The same year, he unveiled his tracks “Love” and “Naps”.

In June 2020, HAELIUM released his first EP “Recovery” on Nowadays Records with an extended version in September.

After releasing a new single “Moving Forward”, HAELIUM is currently working on his second EP that will be released in 2021. 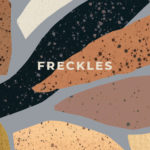