il:lo was born from the meeting of Dejan Dejado and Andreas Schütz in Prague in 2010. These two producers shared common interests and they decided to collaborate in 2012. After six months of to-ing and fro-ing between the two musicians, they released their first EP, Distances.  Coming together in Paris, they released Jaro in 2014. Both titles fell into the trip hop/world genre.

Il:lo’s sound is a blend of acoustic and synthetic melodies. It could well be perceived as heavy as it is light, with its sombre bass lines as well as floaty brass tones. Usually categorized as downtempo music, it takes place among Bonobo, Tycho, or Catching flies’ universe.

il:lo is joining Future Archive Recordings in the 2019 summer, among artists such as Blockhead, Little People, Arms and Sleepers, and Yppah. Their next EP will be released on 6th December 2019, a new step in their music production bringing together in a pure il:lo style all the flavours, techniques and ideas they shaped during the past seven years. 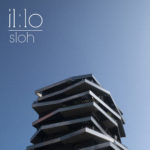