Easy Easy is a Guatemalan four-piece band formed by Rodolfo Madrid (Guitar), Walter Monterroso ( Keyboard and Bass), Gerardo Flores (Drums) and Sofía Insua (Vocals). The group strives to combine different influences such as R&B, Pop, Hip Hop and Indie Rock, while also playing with languages – English and Spanish – resulting in a very unique alternative sound. They have released one album “Lo Veo Todo (Lo Siento)” (2018) and one EP “LVT (LS)” (2019) with the current line up. They’re releasing their upcoming EP “5” in 2020.

Easy Easy has played several shows and festivals around Latin America, and they are known for their explosive and contagious energy onstage. They have consolidated their spot as one of the biggest promises of the region.

Up next, they will be playing shows in the US and creating new music as they grow to become the first band from the Central American region with worldwide recognition. 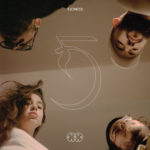